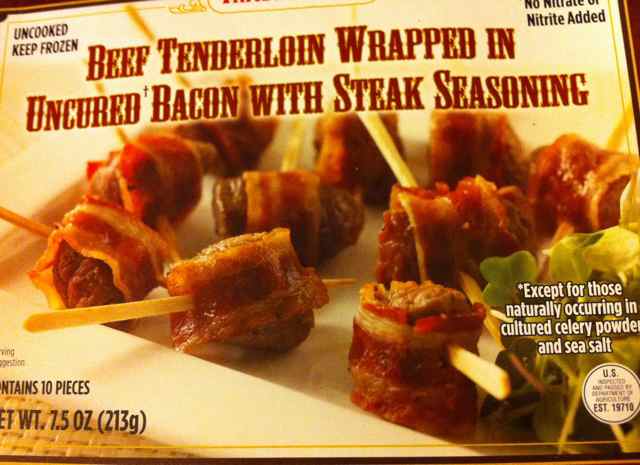 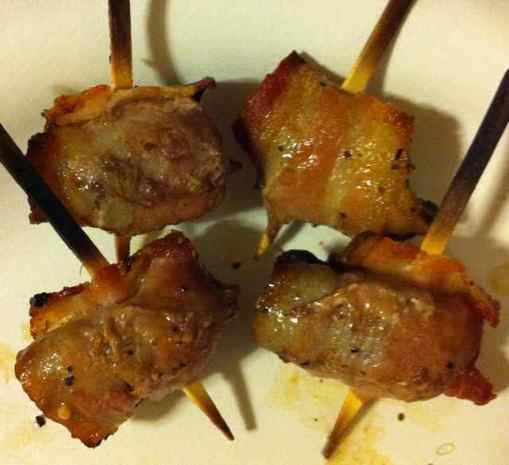 I tried some of Trader Joe's bacon wrapped beef tenderloin, and it was delicious.

I cooked it up in a toaster oven, rather than a conventional oven. I still followed the directions on the box, cooking it for approx 15 minutes on 475 degrees. This did result in the sticks getting a little burnt, but the steak was fine.

The bacon on the outside was a little chewy and stringy (which I didn't mind), and the bacon taste mixed with the peppery, salty seasoning on the steak was very nice, especially when you're in the mood for eating something salty.

Update (2013): Unfortunately, I don't see these any more.. I think they were discontinued.