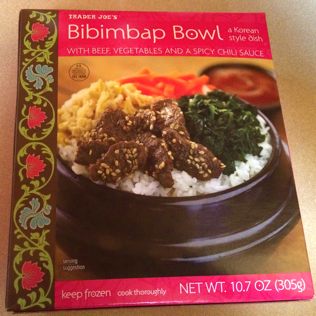 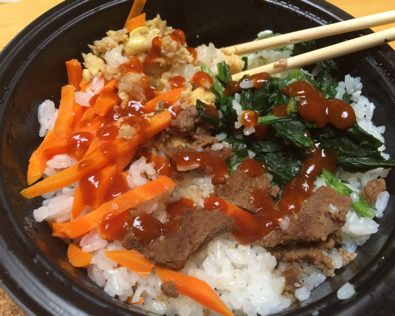 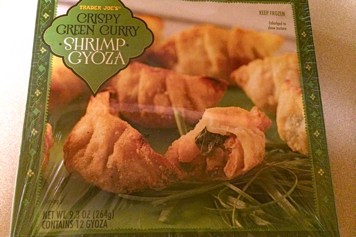 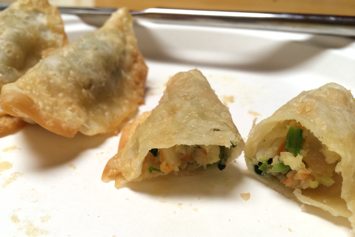 I tried some frozen Trader's Joe's Green Curry Shrimp Gyoza. I followed the microwave instructions because I only wanted to try a few first and didn't want to wait 14 to 16 minutes waiting for it to bake. The instructions say to microwave the gyoza for one minute. I microwaved only three first, and they looked a little underdone after one minute so I microwaved them for two minutes.

I assumed that the shrimp gyoza would be more soggy and not as crispy when microwaved compared to being baked in the oven, but I was pleasantly surprised that they still had crunch… I guess it's because they are pre-fried in palm oil.

The overall taste and texture of the shrimp gyoza was pretty good. The shrimp inside wasn't super hard or rubbery. I could taste a nice combination of a little spice, sweetness, and pepper with the taste of shrimp. The taste reminded me of the "Thai" taste in Trader Joe's Lemon Grass Chicken Stix, except that the taste of the shrimp gyoza was a lot better, and it didn't have the overwhelming pepper taste.

After eating the three gyoza I microwaved, I was definitely craving more. 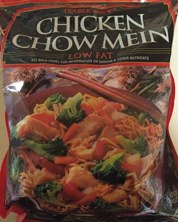 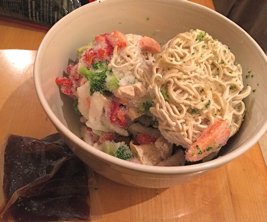 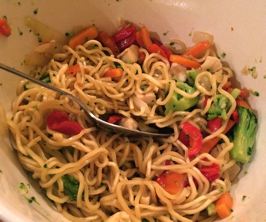