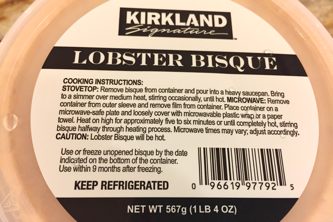 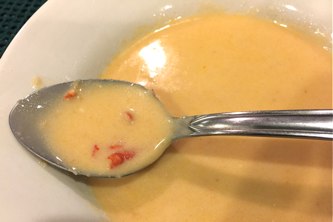 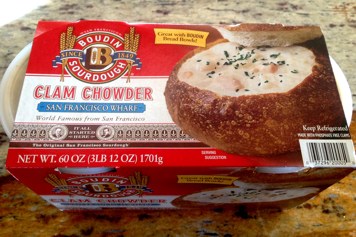 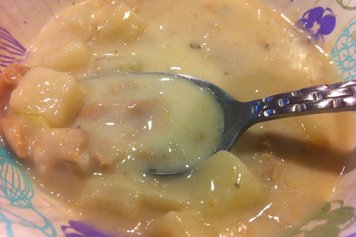 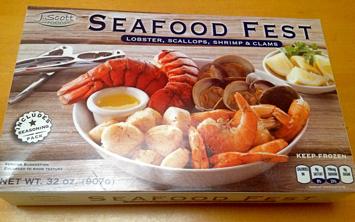 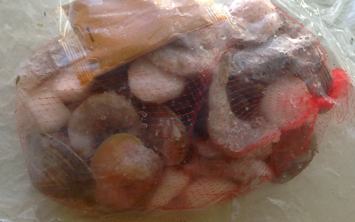 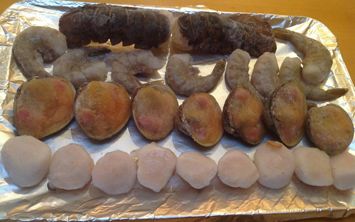 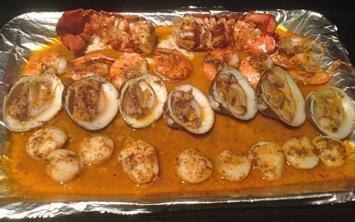 I first noticed this Seafood Fest when I went to Costco around July and the price was around $36.00. The price then dropped to $25 and dropped again to $19.95 last month so I finally decided to try some. At $19.95, it's about twice the price of the Aquastar Seafood Feast from Fry's/Kroger, but this one from Costco has more meat and no filler corn and potatoes. It came with a decent amount for the two of us: two lobster tails, 8 shrimps, 7 clams, and 9 scallops.

According to the instructions on the box, there are three different ways of cooking the Seafood Fest: boiling it, baking it, or grilling it. You can also thaw it out overnight first, but my boyfriend and I forgot to do that beforehand. So, we pretty much baked it right from frozen in the oven.

First, we melted one stick of butter and added approximately half of the given seasoning packet to the butter (the instructions say to use only half the seasoning if baking). We preheated the oven to 400 degrees F, and strayed from the instructions a little bit: we put all the seafood on a metal baking tray (without any seasoning) in the oven for five minutes to get it to start thawing and poured out the excess water. Then, we quickly poured the butter and seasoning mixture over the seafood using a spoon, and resumed baking it the rest of the way. 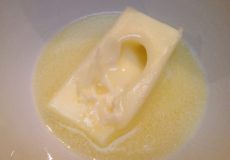 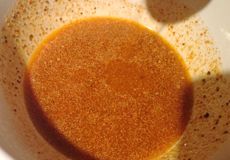 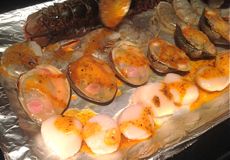 It took about 25 minutes to bake the lobster tails (possibly because they were towards the back of the oven), and it took about 30 minutes for everything else.

It turned out pretty well! Nothing was rubbery, and everything had a crisp feel to it. The seasoning had a kind of salty, savory taste... sort of like a saltier Old Bay seasoning. If I ever had these again, I might do less than the half packet of seasoning because the seasoning started to seem saltier and more tiring the longer I ate.

However, the seasoning combined with everything still had a good taste, except for the clams. The clams had the strongest taste, and they started out tasting OK, but they tasted a little sour to both of us... like burnt egg yolk or something. I've never had clams before so I'm not sure what clams are supposed to taste like, but I ended up not liking the taste of these. I still ended up eating the majority of them since my boyfriend disliked them even more than I did.

Everything else was pretty good. Shelling the shrimps and lobster tails was a little time-consuming, but at least they had good meat on them. My favorite were the scallops, which had a nice sweet taste and complemented the seasoning well.

My boyfriend and I finished the entire Seafood Fest in one sitting, except for one last clam, which we just threw away. Overall, it was a fairly filling and satisfying seafood meal. 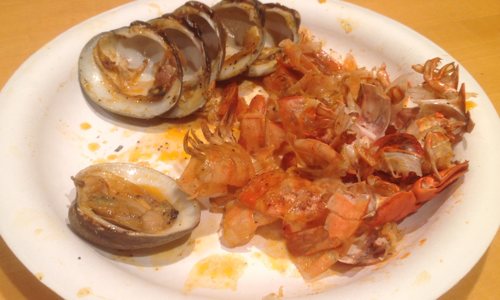 My finished plate with empty shells + 1 clam no one wanted
Overall Rating: