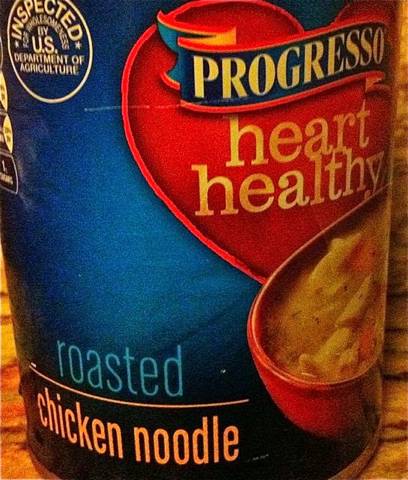 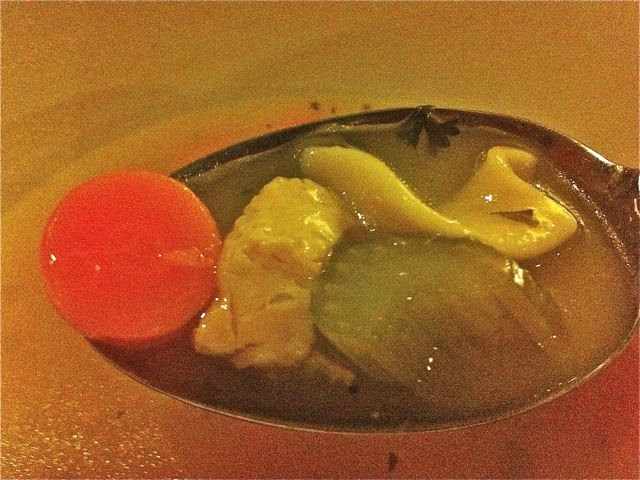 The last time I had a chicken noodle soup was several years ago, but I tried some of the Progresso Heart Healthy Chicken Noodle Soup since I was sick.

The taste of the soup was OK -- it was salty, but it didn't seem as overwhelmingly salty as some other soups. Both the celery and carrots in the soup seemed unnaturally soft, and they felt like they just dissolved in my mouth. The noodles were OK and didn't dissolve right away. There weren't a lot of chicken chunks, but I didn't really care for them, anyway. Overall, it just tasted like an average chicken noodle soup. 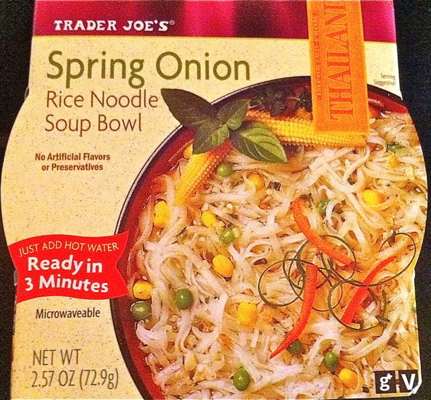 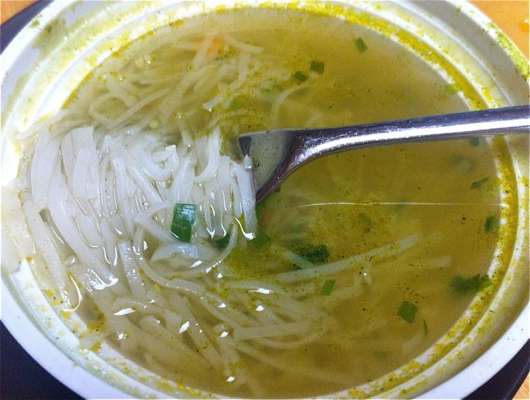 For preparing this spring onion rice noodle soup bowl from Trader Joe's, I added in all the seasoning from the packet, however, I only put in a little bit of the optional oil that came with it. 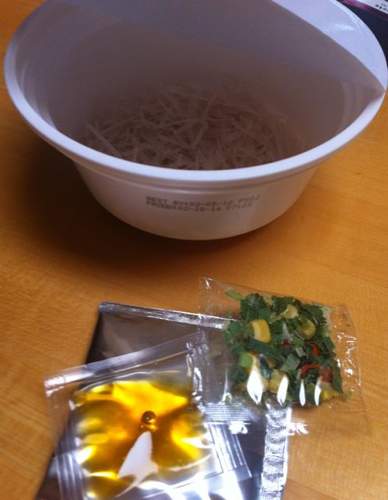 I followed the microwave instructions that stated to pour water to the lower inside ridge and microwave the bowl for 2-3 minutes. I microwaved it for 3 minutes since 2 minutes didn't seem like it would be long enough, and it came out fine.

The soup base was a little bit sweet, and it was also a little peppery, but I liked that neither the sweetness or peppery-ness was overbearing. The texture of the rice noodles was also good and went well with the soup taste.

The overall taste and texture of the noodle soup bowl was better than the average non-ramen noodle bowl from a grocery store. 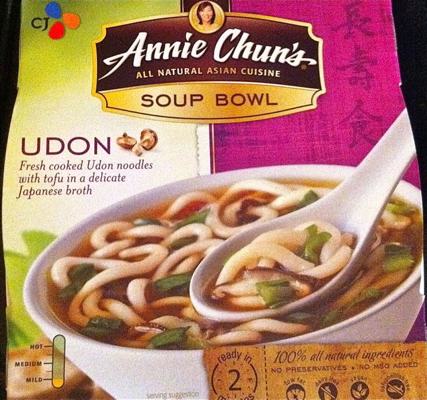 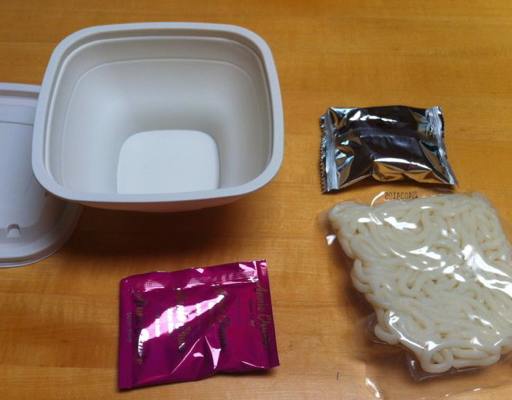 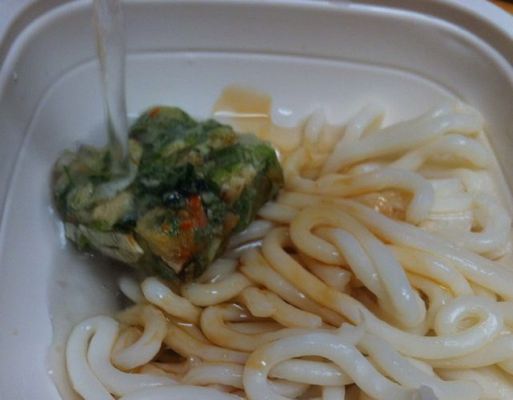 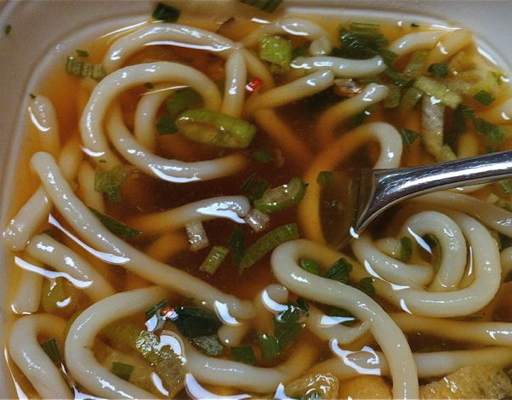 When I tried Annie Chun's Udon Noodle Soup Bowl, I followed the microwave directions and put in a little more than half the soup base rather than the whole packet.

The udon noodles weren't mushy or anything so they were good, but the soup had a soy sauce taste that was a little overwhelming. It kind of tasted like someone tried to make a miso soup using soy sauce as the main ingredient.

I'm glad I didn't put the whole soup base in because I think the taste would have been way too strong for me. Overall, it was just an OK noodle soup.