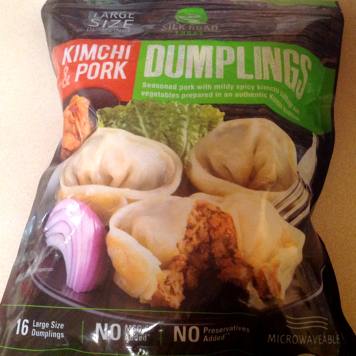 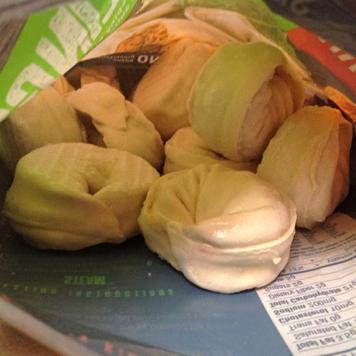 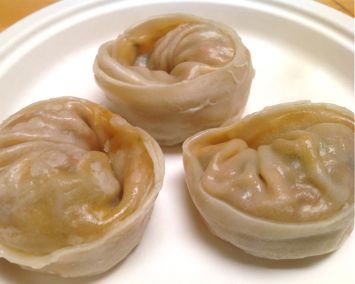 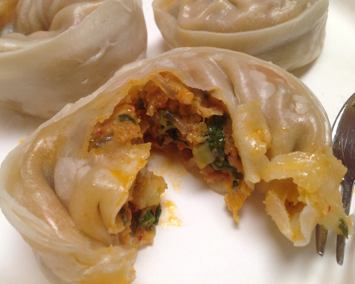 My boyfriend and I noticed Costco started carrying these frozen kimchi & pork dumplings from Silk Road Foods. We've had other frozen Korean dumplings from Costco, so we decided to try these, too. The directions on the bag say they can be steamed, fried, or microwaved, so we prepared it the easiest way: three dumplings in the microwave for three minutes, covered with a damp paper towel. The bag also states these are "large" dumplings, but they aren't huge or anything: maybe about 2 inches x 2 inches (or maybe slightly larger).

The kimchi & pork dumplings were a little spicy, but I didn't really taste much of a kimchi flavor. It tasted more just like a spicy pork dumpling than a kimchi-pork dumpling. It sort of has a mix of savory Korean flavors, but it mostly just tasted salty to me. They were OK overall, but they weren't great and I wouldn't get these again.