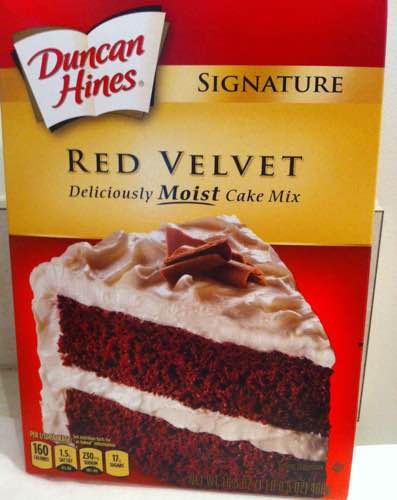 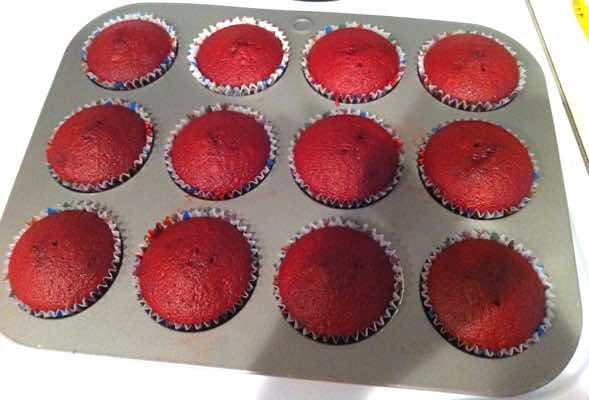 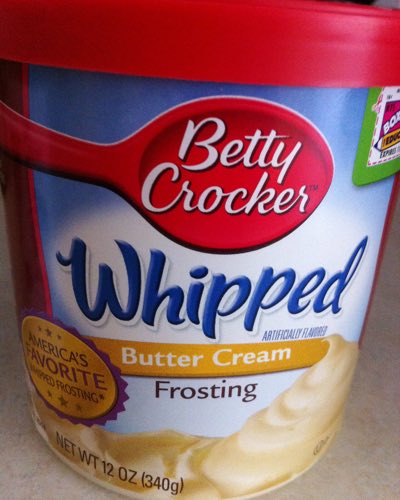 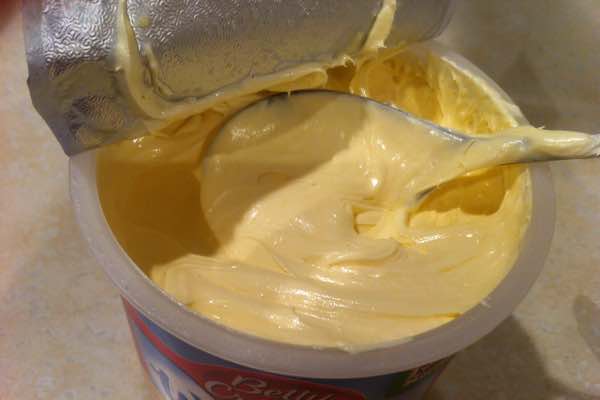 While I was visiting my mom, she said she would make me some chocolate cupcakes so she bought some Duncan Hines Red Velvet Cake Mix. She said she got red velvet because she heard that red velvet is the best. She added that since they were relatively expensive, they must be good. While red velvet cupcakes are still chocolate cupcakes, I'm not always a fan of them; sometimes they give me headache or taste weird.

After saying she would make me cupcakes, my mom decided that I should just make them myself. While I don't know much about baking anything, that was perfectly fine with me. I just followed the instructions on the red velvet cake mix box.

When it was time to put the cake batter into the tray, I realized that there was only one tray for 12 cupcakes and a tray for 24 mini cupcakes. So I filled the tray of 12 and put those in the oven for about 20 minutes at 350 F. While those were baking I filled the tray of 24 mini cupcakes (I'm very slow...). I don't remember how long I put those in the oven for, maybe 15 minutes. When I was done, the red coloring everywhere made it look like I had killed someone

I let the cupcakes sit out overnight and decorated them the next day with Betty Crocker Whipped Butter Cream Frosting and Chocomaker Marbled Chocolate Curls.

After the stirring, I just frosted the top of the cupcakes with a spoon and added the chocolate curls on top. 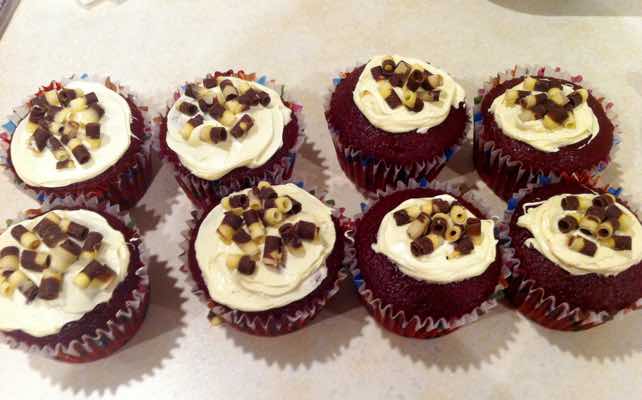 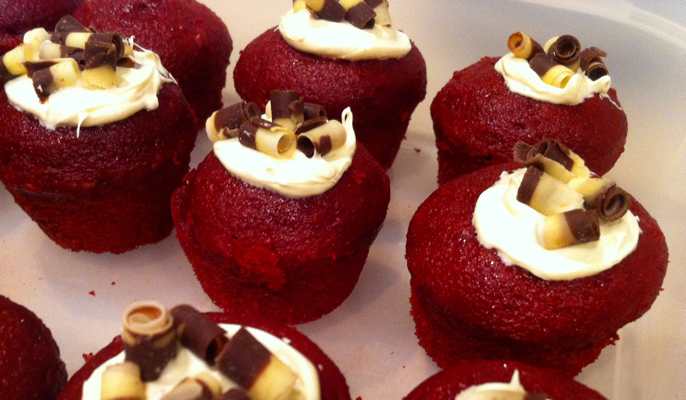 The cupcakes turned out to be pretty good! The cupcake were pretty moist, and while they were nice & sweet, the sweetness wasn't overbearing. It didn't taste particularly weird, and I didn't get a headache! I can't really tell the difference between the various kinds of frosting and icing, but the Betty Crocker whipped butter cream frosting also tasted pretty good with the red velvet cupcakes to me.