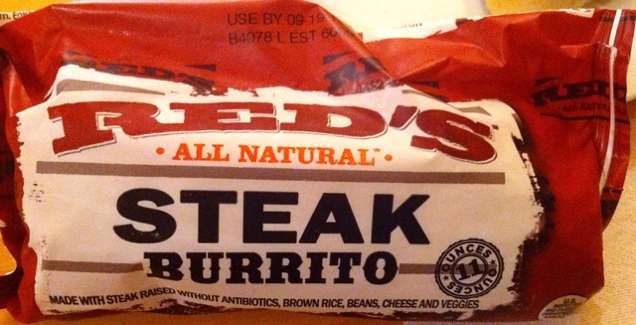 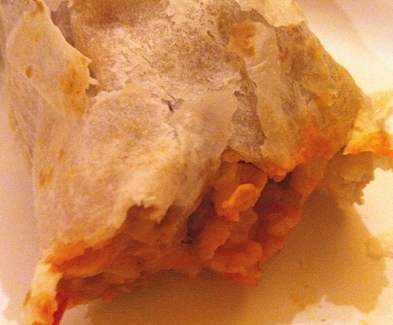 My boyfriend's mom bought us some frozen Red's steak burritos when she went to Whole Foods. Unfortunately, the burritos had beans in them that were mushed up with everything. Since I don't like beans, my boyfriend was the only one who ate them. The following is his review of the steak burrito:

The inside of the burrito was mostly a mush of rice, cheese, corn, and beans with a few pieces of fatty steak. There were about 10 pieces of steak in the whole burrito which appeared to be 1cm by 1cm (or smaller) cubes. The steak was OK, but there wasn't enough of it. 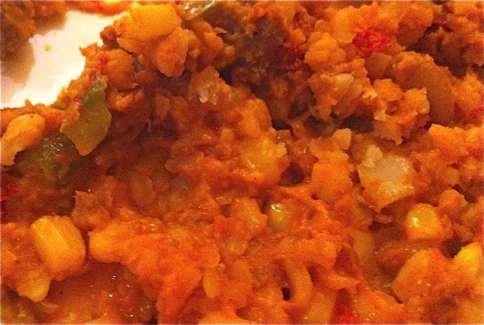 Inside of Red's Steak Burrito

The burrito wasn't spicy, and the most predominant taste in the burrito was brown rice. Leftover sauce packets from Taco Bell had to be used to make it taste better.