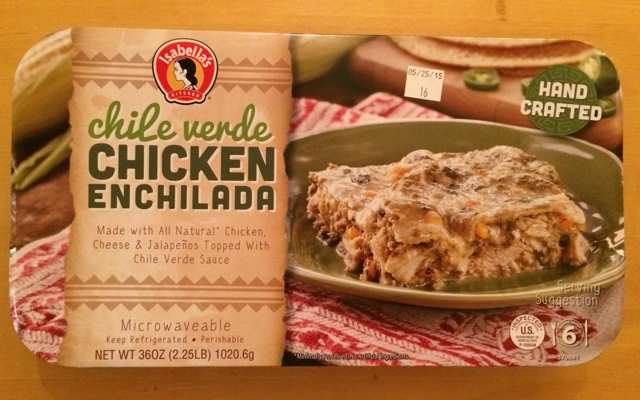 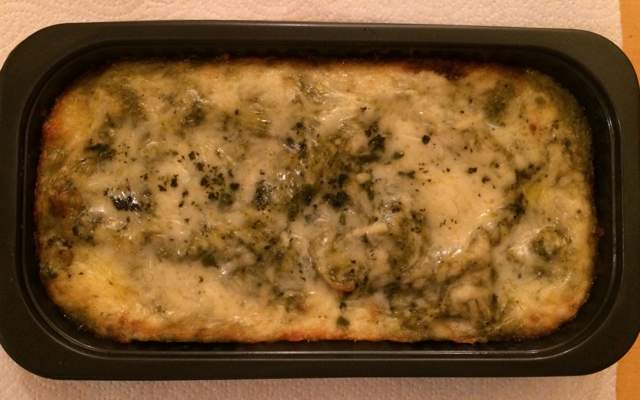 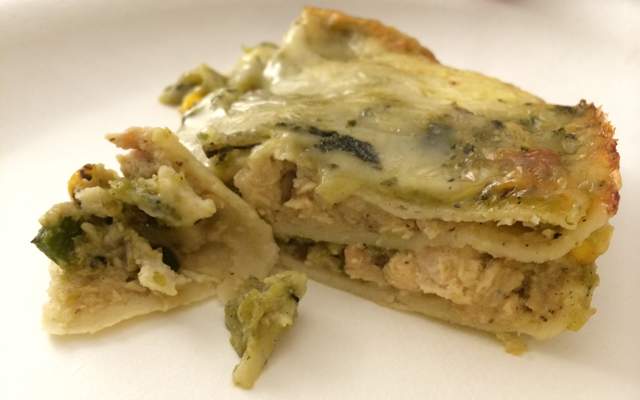 We cooked it using the microwave instructions on the back.

The chile verde enchilada had a very nice and balanced savory green chile taste and aroma. It definitely made me feel like I was eating Mexican food.