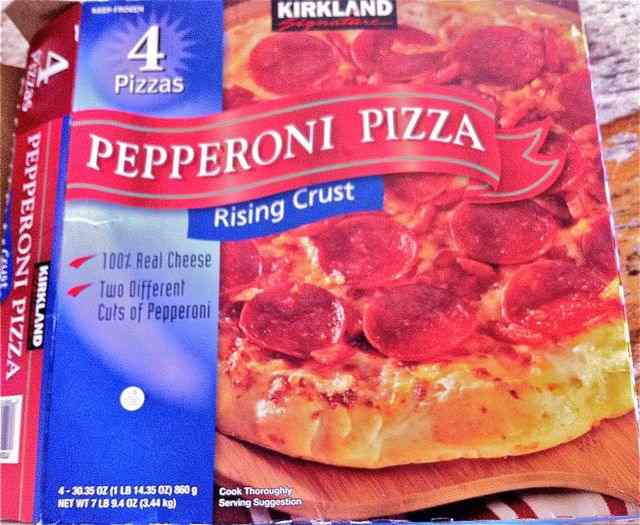 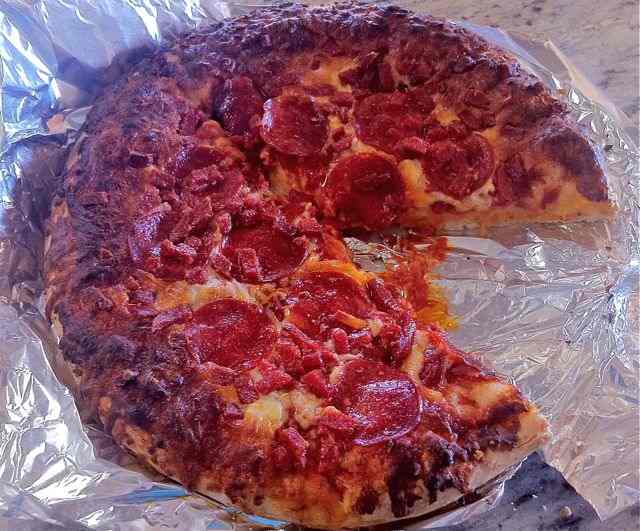 When I went to visit my dad this past weekend, we tried Costco's frozen Kirkland Signature Pepperoni Pizza because that was pretty much the only edible food in his house.

Although the box didn't say to put the pizza on a baking sheet or anything when placed in the oven, we decided we didn't want to put the pizza directly on the oven rack, so we put aluminum foil underneath it. Unfortunately, the aluminum foil bent under the weight of the thawing pizza and allowed the oils to seep out into the oven, resulting in lots of smoke and setting off the smoke detector.

So the next time we cooked another pizza (which happened to be the next day... since there was still nothing else edible at my dad's house) we were sure to put a baking sheet under the foil to make the pizza stay rigid so that the oils wouldn't seep out.

Both times we cooked the pizza, the pizza turned out pretty much the same. The second time it was more oily so we had to pat the top of the pizza down with paper towels to remove some of the oils, but it was still fine.

The frozen pizza tasted pretty good. It wasn't one of those disgustingly sweet frozen pizzas that I have had in the past. And I also really loved the little pepperoni bits!