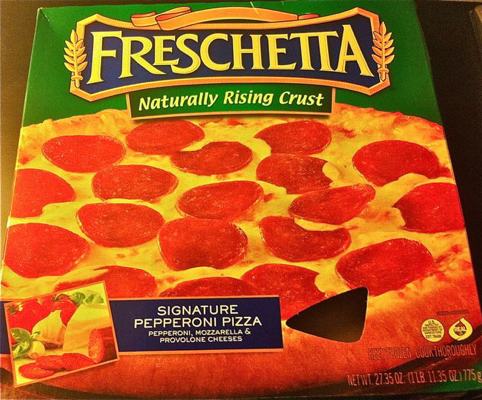 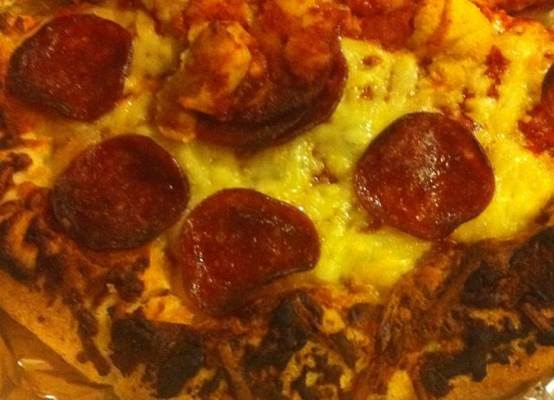 We tried a frozen pepperoni Freschetta pizza from the grocery store. The instructions say to cook the pizza at 400 degrees for 21-24 minutes. 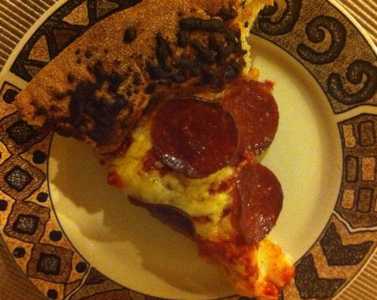 When we started eating the pizza, the middle of the pizza still felt soft, doughy, and undercooked even though it was cooked for 40 minutes. The pizza still tasted a little better than some other frozen pizzas (like DiGiorno).

The self-rising crust was nice and thick, and the sauce was a little sweet but tasted fine. The pepperonis were also good and not overly salty. There were exactly 17 pepperoni slices on the pizza so it could have used more pepperonis, but overall, the pizza tasted OK. 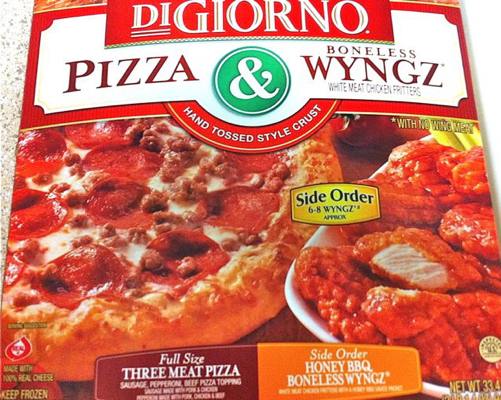 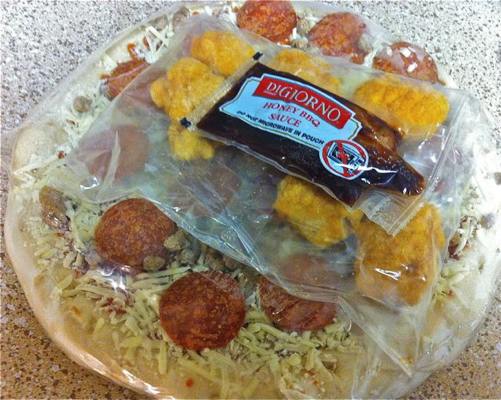 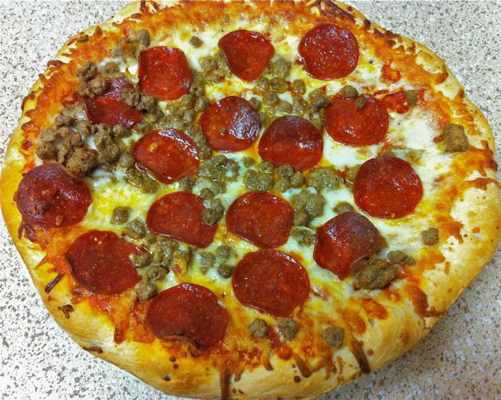 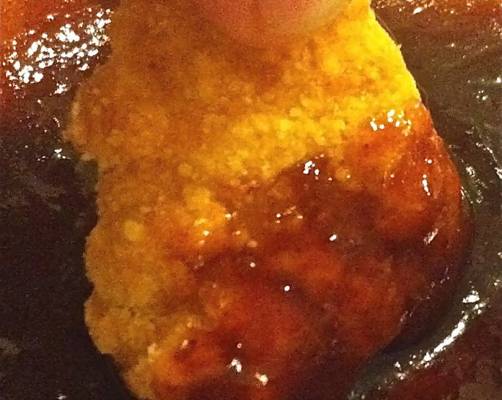 I followed the instructions on the box for cooking both the pizza and chicken at the same time. The pizza came out looking fine. The pizza sauce was a smooth sauce, and it was kind of bland and salty. The pepperonis on the pizza were also a little too salty. The crust was a OK - it was a thick, soft crust, and it was a little bit sweet. 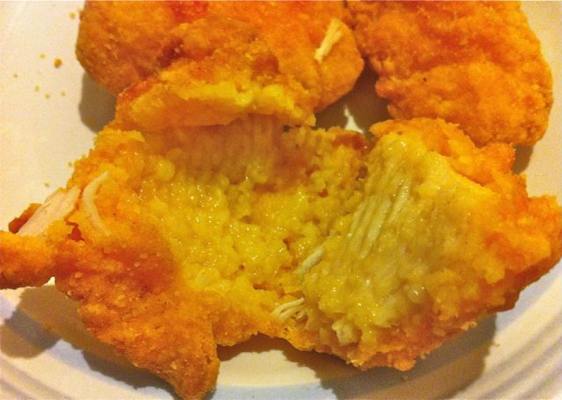 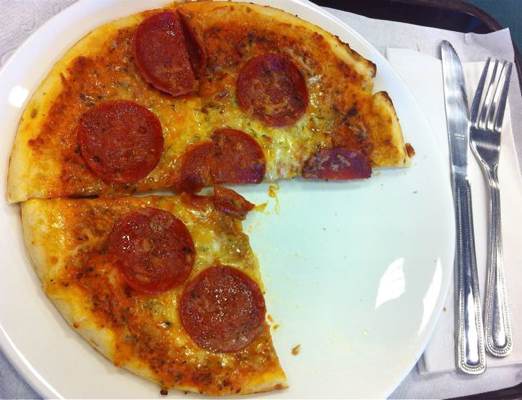 When I was at Barnes & Noble I was really hungry and didn't just want a sandwich so I ended up trying their 8-in stone fired pepperoni pizza.