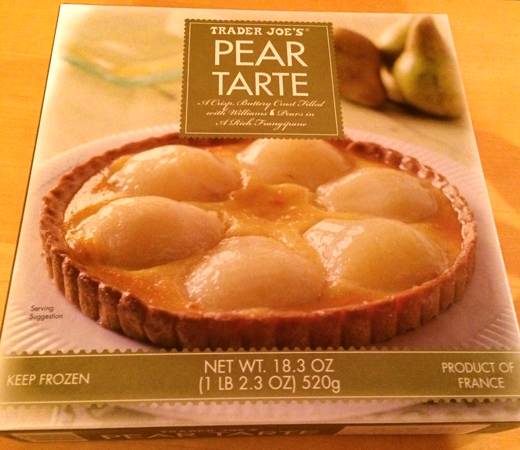 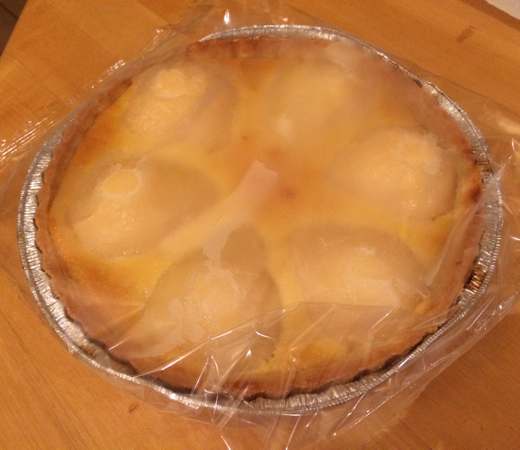 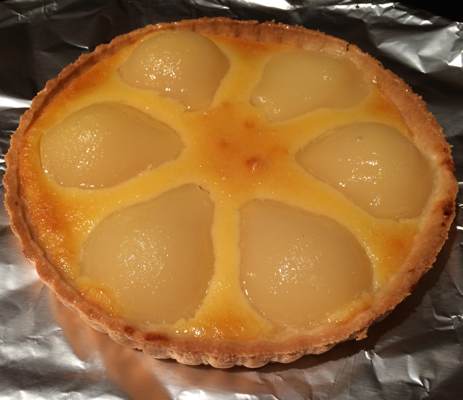 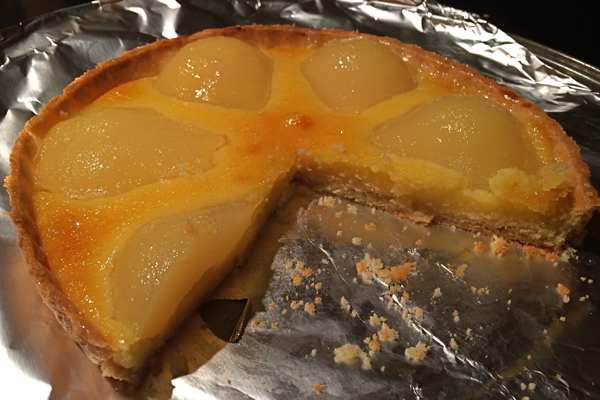 We've seen and passed by Trader Joe's Pear Tartes several times, but last time, we finally decided to try one. I don't think I've ever had any type of fruit tart before since I don't really like fruity desserts.

We followed the conventional oven instructions on the box and heated the pear tart for 20 minutes in the oven and let it cool for another 30 minutes, although it's nice that it has microwave instructions, also.

The pear tart looked delicious, and the pears and custard were covered in a nice glaze. It had a nice, crunchy crust that was more dense than flaky, but I enjoyed it. The custard wasn't overly sweet and tasted of cream. The pears were tart and sweet, and their texture was just right; they weren't too mushy or crunchy. The overall flavor was very balanced.

Although the pear tart tasted good, unfortunately, both my boyfriend and I ended up with big headaches after having a slice each. I often get headaches when I eat foods with a custard, but my boyfriend usually doesn't, so it was odd that we both ended up with headaches. Because of our bad headaches, we ended up just throwing the rest away.