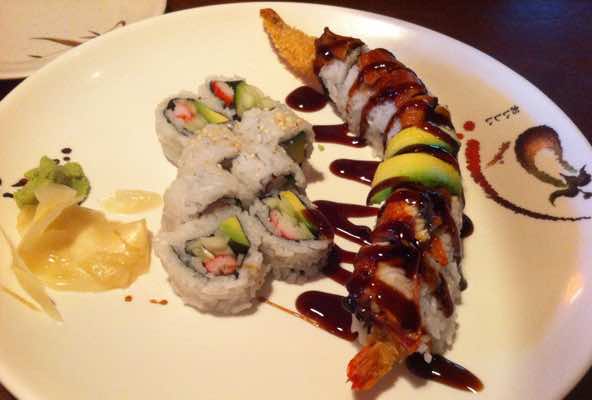 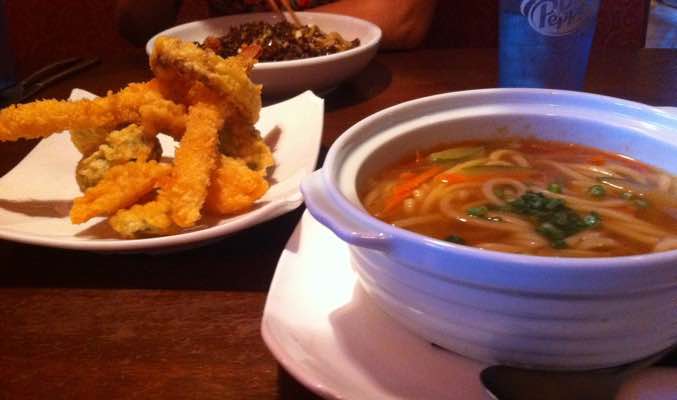 My mom and went out to eat at Dao Modern Asian Cuisine in Mason, OH. It was a Friday night, and while there were a few sets of customers, it didn't seem very busy. My mom and I shared a California roll and dragon roll as appetizers, and I had tempura udon soup as my meal.

The California roll was just fine, but it was a little bit warm, perhaps because it was next to the dragon roll. The dragon roll had tempura shrimp on the inside, and the shrimp was pretty good, and nice & crunchy. The shrimp went well with the sweet eel sauce. However, I did find there were bits of shrimp shell still on the shrimp 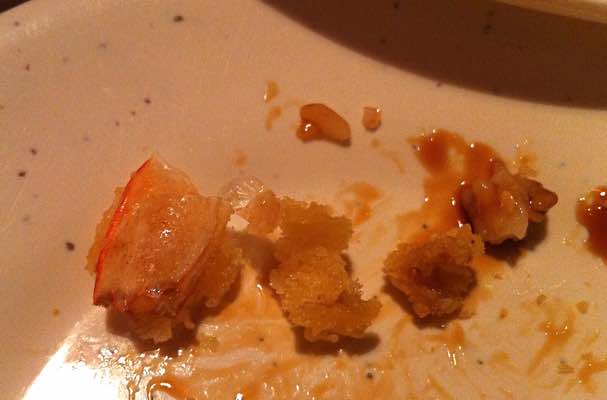 Shrimp shell in the dragon roll

I also noticed that some of the dishes they used for our food were broken. The corner of the shrimp and vegetable tempura plate was broken as well as bowl for the tempura sauce. 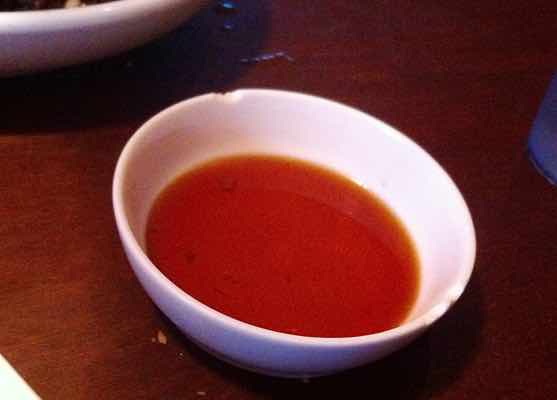 The udon noodle soup had a nice, tasty broth. It had a very slight hint of sweetness, and it wasn't overly salted. I liked the slightly sweet taste, and as the amount of soup decreased, the sweeter the soup became. The udon noodles in the soup were also good and had a good noodle texture.