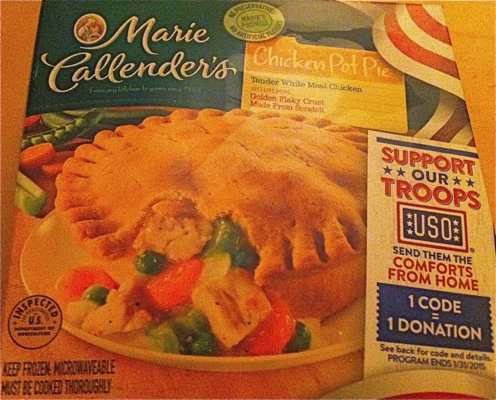 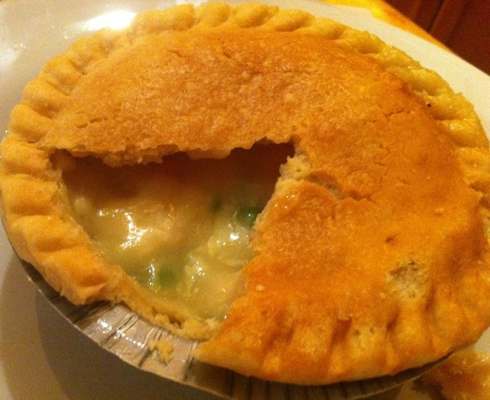 Last weekend was rainy, and a warm chicken pot pie sounded good, so my boyfriend and I bought a box of Marie Callendar's chicken pot pies to try from Costco.

We followed the microwave instructions: we opened the carton, keeping the silver lining on top and microwaved it for six minutes on high, letting it stand for five minutes. The instructions state to also measure the internal temperature afterward to make sure it's at least 165 degrees (F). We made two pies, and both came out at 170 degrees.

The chicken broth filling inside was very salty and almost soupy. The inside of the pie didn't have too much in it, so I did a count of what we found.

In one pot pie, I counted the following:

The peas inside were crisp, and the chicken was nice and chunky. However, the carrots and celery were mushy, and the pastry is very dense / not very flaky.

It started out tasting OK, but I couldn't finish the whole thing because it got too salty. I also had to eat a banana afterward to make myself feel better.