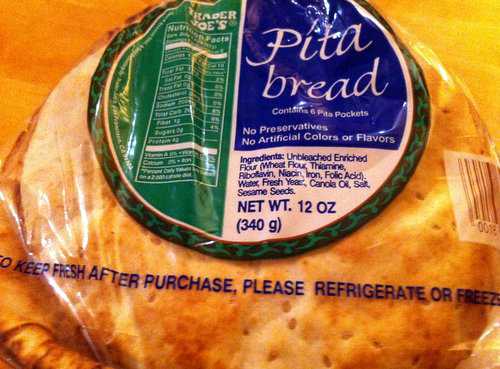 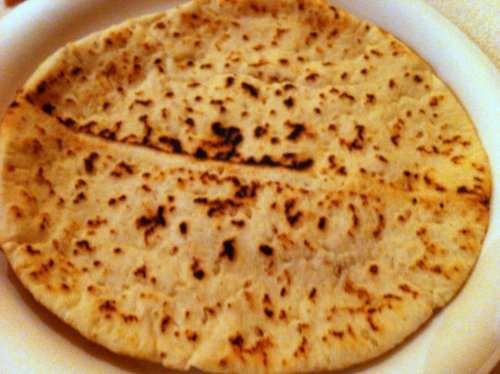 I bought some of Trader Joe's pita bread to go with some hummus. After refrigerating the pita bread, I warmed one up for about 10 seconds in the microwave so it was nice and soft.

The pita bread by itself didn't really have much taste and just tasted like bread, but it was good with hummus. It also had sesame seeds on it, and I usually don't like the texture of sesame seeds, but the seeds were pretty minimal and unnoticeable so that was good for me. The pita bread was OK, but it definitely tastes better after adding something to it.