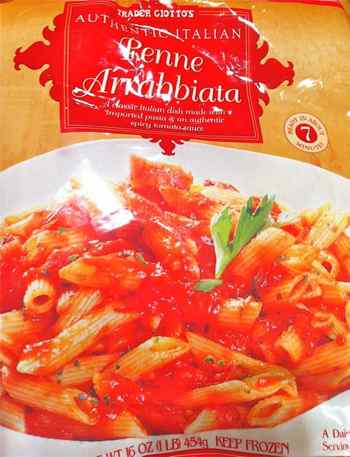 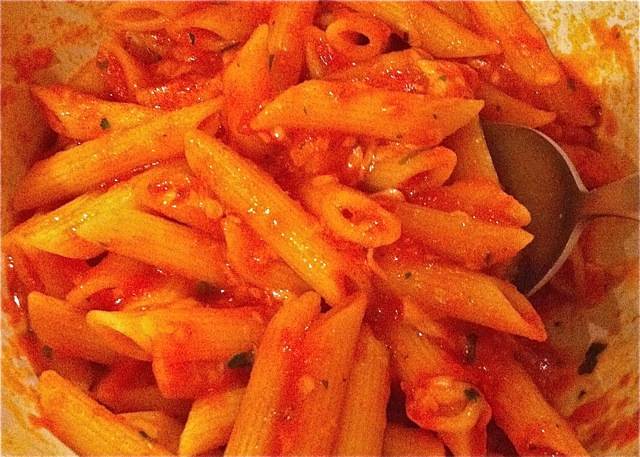 I tried some Penne Arrabbiata pasta from Trader Joe's. It comes frozen with little frozen discs of sauce on top of the pasta. 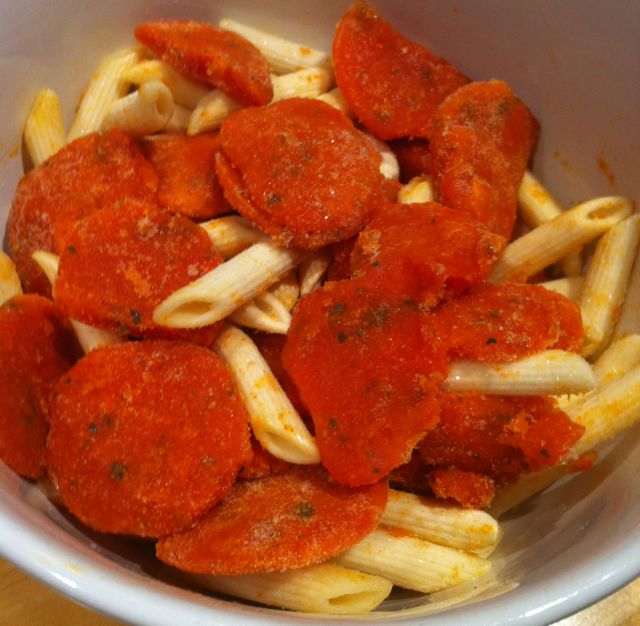 We prepared the frozen pasta by just warming it up in the microwave following the cooking instructions on the back of the bag. We also added some shredded Parmesan cheese to the pasta after microwaving it.

This pasta was definitely better than the usual frozen pastas, and one thing I really liked was that the sauce wasn't too sweet. The sauce was more savory and only a tiny bit spicy. I also liked the taste of this sauce more than the Trader Joe's Arrabbiata sauce that comes in a jar. The penne pasta didn't come out underdone or super mushy, either. Overall, it was pretty delicious.