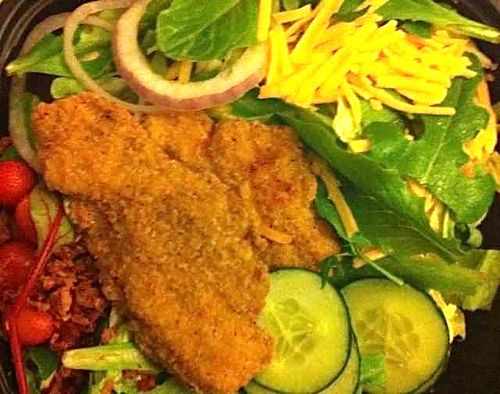 I ate at Jack In The Box for dinner.

The Jr. Bacon Cheeseburger tasted like an average burger. It was about as good (maybe slightly better) than McDonald's but not as good as Wendy's.

The Chicken Club Salad with crispy chicken was just an ordinary salad. The tomatoes were sweet and weren't wrinkled. The onions were crunchy, but very spicy. Of the 4 cucumbers, 3 were bland and tasted old, however, there was one cucumber that was completely different and tasted sweeter and crunchier than the others. The chicken was hard and crunchy (which I like), but there were some lettuce chunks in the salad.

The bacon ranch salad dressing that came in a separate packet for the salad wasn't very good; it just tasted like slightly bacon-y and salty ranch dressing. 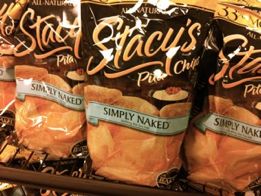 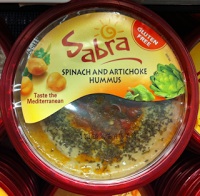 I had some Stacy's "Simply Naked" Pita Chips dipped in Sabra Spinach & Artichoke Hummus as a lunch snack.

The pita chips were nice and crunchy and had a good pita taste.

The hummus was fine, but I didn't quite like the spinach/artichoke-y taste. I would have preferred a plain hummus to this one.

I had some leftover sausage pizza with spiced herb crust from Magpies for dinner.

Even though the pizza was leftover, it still tasted great to me. It was nice & cheesy and not too saucy. The sausage was pretty good, perhaps a little salty.

I usually don't like the herb crust (usually too herby for me), but it tasted fine to me as leftovers. Wetting the crust with water also allowed the crust to stay soft when re-heated.