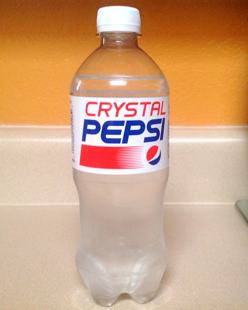 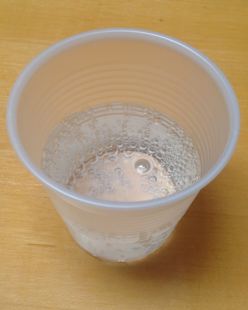 I don't drink a lot of soda (or pop), and in general, I usually prefer Coke and Sprite over Pepsi and Sierra Mist, but I still tried out some Crystal Pepsi that my boyfriend and I found at Fry's (Kroger).

I didn't have any Crystal Pepsi in the '90s and don't really remember it coming out (but I didn't really drink sodas in the '90s, and I was fairly young).

I haven't had Pepsi in a while, so my boyfriend and I tried the Crystal Pepsi along with regular Pepsi. The taste of the Crystal Pepsi is hard to describe. It tasted similar to Pepsi, but not quite the same... like when you have the dream that you're in your own house, but it's not really your house and some things are different.

It seemed to have a more watery taste or something compared with regular Pepsi to me. My boyfriend thought it tasted just like regular Pepsi, except with a bright finish similar to Sprite (and without the limey taste).

We later found that sodium citrate and sodium benzoate are found in both Sprite and Crystal Pepsi... so my boyfriend is now convinced he has a new super power: being able to detect the taste of those two ingredients.

We also compared the nutrition and ingredients of a regular Pepsi with Crystal Pepsi.

The main differences were:

Everything else appears about the same: 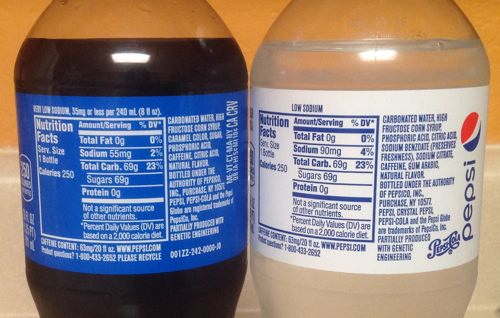 Overall, it tasted fine to me and fairly close to regular Pepsi. It wasn't bad at all. My boyfriend also liked it and preferred the Crystal Pepsi over regular Pepsi.