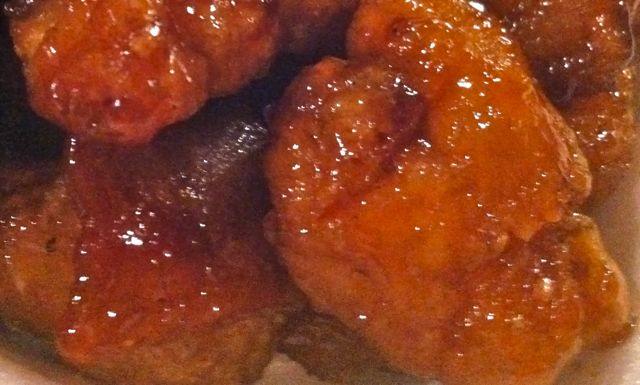 I'm not really sure why Panda Express decided on making orange chicken with bacon, and it actually sounded kind of gross, but since I like their orange chicken I still tried some.