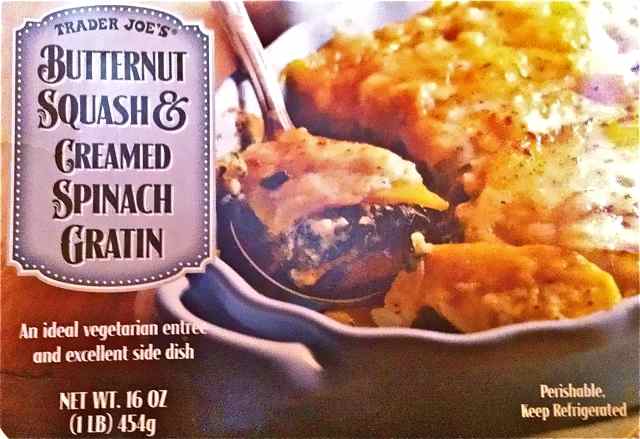 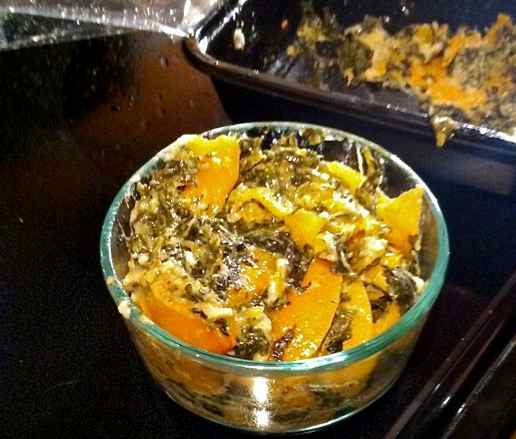 I tried some of the Butternut Squash and Creamed Spinach Gratin from Trader Joe's. These appear to be a seasonal item at Trader Joe's that's usually available towards the end and beginning of each year.

The back of the box states, "Imagine making a non-meat lasagna with thinly sliced butternut squash in place of pasta and layered with flavorful creamed spinach and Parmesan cheese."

That actually didn't sound very appealing to me... I like lasagna-type foods, and I like squash, spinach, and cheese, but the idea of them all combined into one thing sounded gross. I will note someone else bought this, as I probably wouldn't have bought it on my own to try.

Even though it didn't sound very appealing, we still prepared it using the microwave instructions and gave it a taste.

At the very least, I was expecting to be able to taste the Parmesan cheese or the sweetness from the squash, but, unfortunately, it was all overwhelmed by a bad, sour taste... it kind of tasted like a sour quiche or something (I do not like quiche, by the way...). Both my boyfriend and I thought it was pretty disgusting. Oddly, one person we shared it with said it was his favorite dish. Shudder. I don't think I will eat this ever again.

Update: SO... I was wrong about never eating this again. My boyfriend's parents bought this again as a side for another meal so I ended up trying it a second time... and this time it was delicious! It was sweet with a little cheesy taste and wasn't super sour like the other box I had. I guess something might have gone bad with the first box?