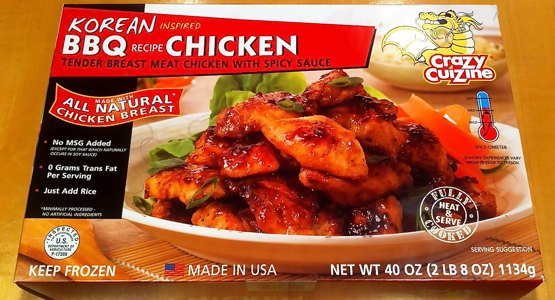 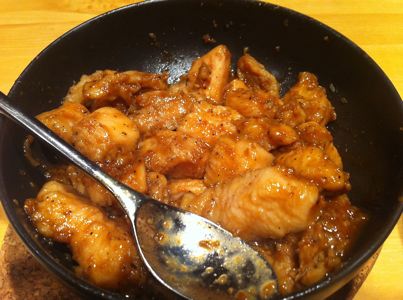 This is how trying the chicken played out:

Next couple of bites: "This isn't very spicy, but it tastes all right."

Final bites: "It's a little spicier with more of the sauce... but it is way too sweet... I'm not going to get this again."

So it basically just tastes like other microwavable Asian foods that are too sweet, and the taste gets tiring after a few bite.. and I won't be buying these again.