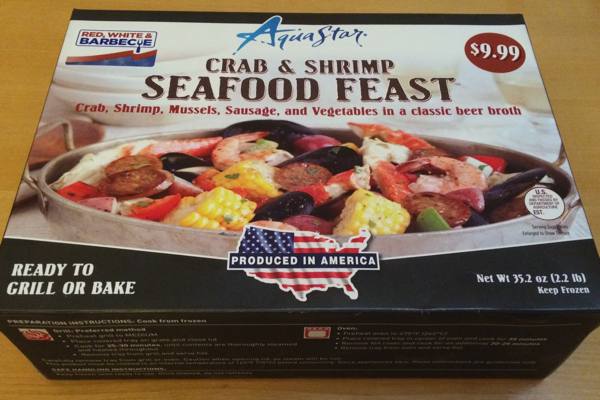 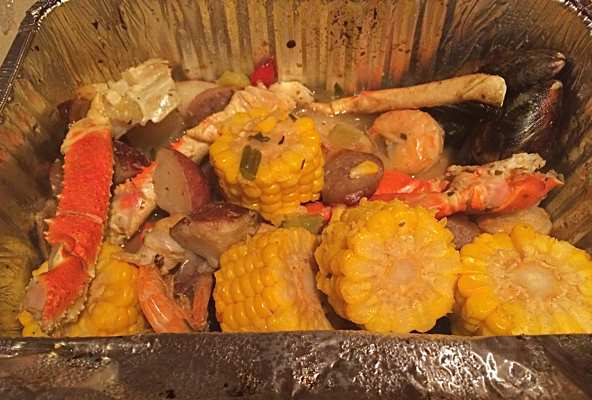 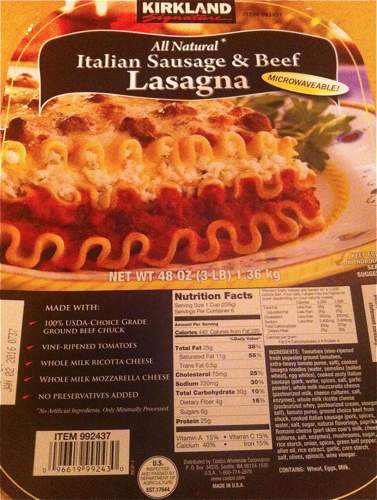 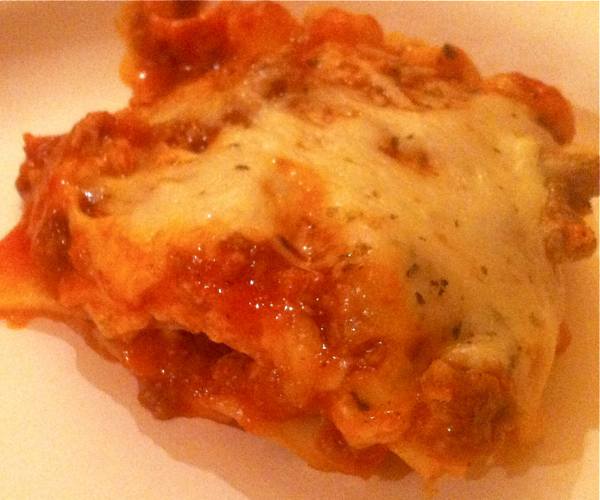 Costco's Kirkland Signature Sausage & Beef Lasagna comes in two separate packages of three pound lasagna (six pounds total). My boyfriend and I warmed up one package following the microwave instructions, since the microwave takes ~30 minutes (instead of 65 minutes via coventional oven). 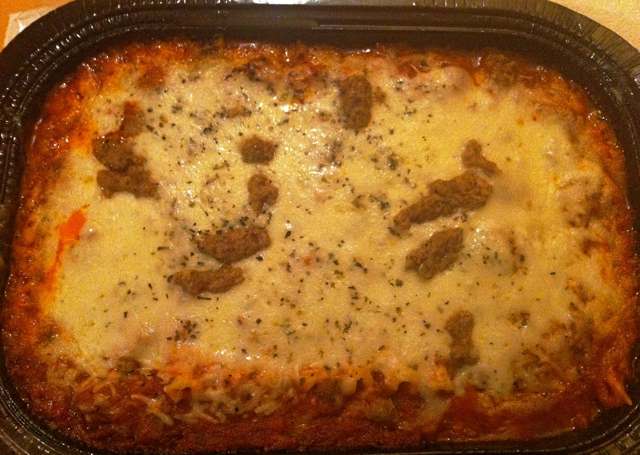 It came out pretty well using the microwave instructions. This was a very standard lasagna and had three layers of lasagna noodles. I liked that the noodles were thick, and I liked the mozzarella cheese on top. I'm not a fan of ricotta cheese so the ricotta inside started getting annoying after my first piece. Luckily, the ricotta was easy enough to scrape off. The lasagna could also use more sausage; it looked like the sausage was only on the top layer.

The sauce was a little sweet, but the meat helped give it a more savory flavor so it tasted like a pretty decent commercial tomato sauce. Together, the two of us ate about half the lasagna in one sitting.

Update: We tried baking this in the oven to see if it made much difference, and the lasagna did seem to taste better and have a better texture using a conventional oven. So, a microwave still does well, but a conventional oven does even better! 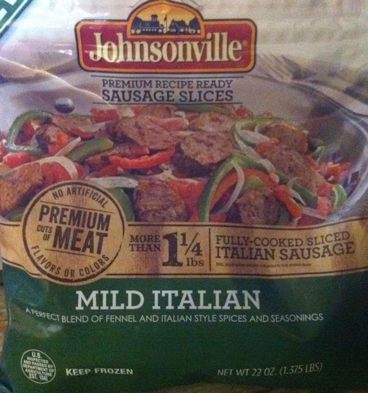 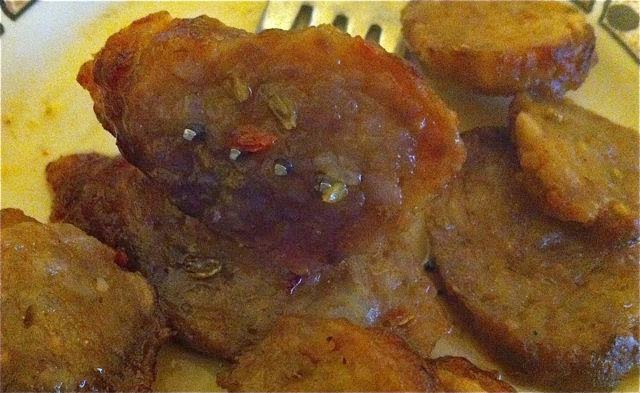 When I tried these sausage slices, they were easy to warm up in the microwave from frozen, and they tasted just like a regular cooked sausage. However, like most sausages, they were a little on the salty side. I ate the sausage slices by themselves, but they would probably be good to use in pasta or other recipes.

The sausage slices were a little bit spicy but not overly spicy. They also weren't mushy and didn't have any other weird texture. They were pretty good and were definitely a quick and easy way to eat some sausage!