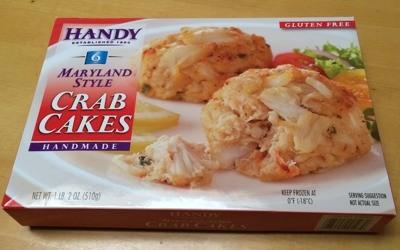 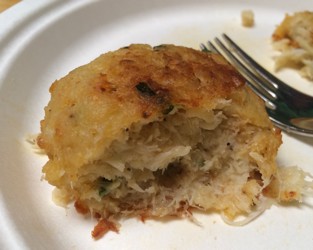 My boyfriend and I saw a box of these frozen Handy Maryland Style Crab Cakes at Costco. 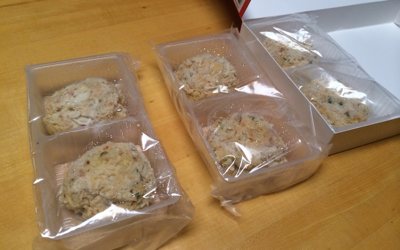 Despite cooking it in the oven for more than twice as long as the stated directions, it still wasn't very crisp on the outside. The crab cakes were small-ish, and the main taste was crab and mayonnaise... with a little breadcrumb and black pepper.

Although it was mushy on the inside, I liked that I could taste the crab and see it, and there seemed to be a decent amount of it. However, the mayonnaise taste was very prominent - a little too prominent for me.

My boyfriend and I shared three of the four crab cakes we made - we didn't feel like finishing a fourth one, so we saved that one for later in the refrigerator (even though we were still a little hungry after eating three crab cakes.)