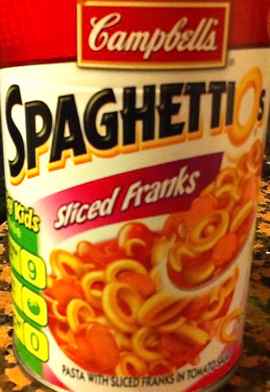 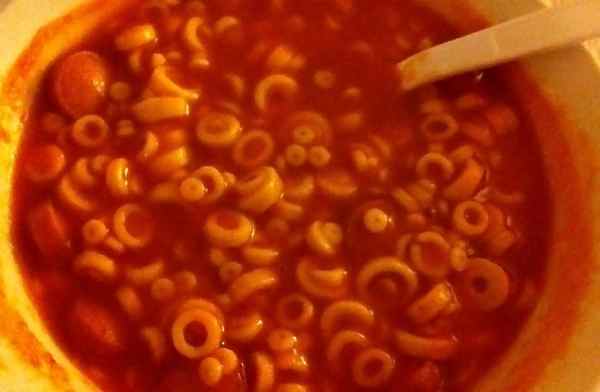 I was craving something easy to make that was soupy and tomatoey, so when I went to the grocery store I decided to try the SpaghettiOs that I saw. I thought I remembered disliking the meatballs in the normal kind (although I haven't had SpaghettiOs in years), so I tried the ones with sliced Franks.

I warmed the SpaghettiOs in the microwave, and overall, it tasted OK, as it halted my craving for something soupy and tomatoey. The tomato sauce was kind of sweet & watery, but it didn't taste that bad. The O's (pasta) were very soft, as expected, and they were OK, as well. However, I did not like the franks at all. The franks didn't really taste like anything and were just chewy discs that didn't belong. I ended up not even being able to eat the franks and threw them away.